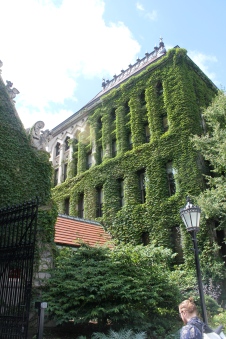 Nietzsche’s work at first glance seems scholarly and erudite, but after careful analysis, its filled with enigmatic aphorisms that are oftentimes contradictory and incoherent. Of course, Nietzsche embraced contradictions because he presupposed humans were irrational creatures trying to find universal truth through “pounding uncertainty into straight arrows.” He wrote about this in his book Human, All Too Human.

For Nietzsche, what these philosophers were doing was running from their own humanity by attempting to make objective claims in a relativistic world where there is no absolute truth. He thought these objective claims were not justifiable, even criticizing scientists for definitively asserting the law of gravity or the Earth revolving around the Sun.

This type of extreme skepticism, in my opinion, does not correspond to the nature of reality. For instance, we can determine that we are thinking beings. “I think, therefore I am.” We have the ability to know the speed of light travels at 186,000 miles per second. There is an intuitive understanding that a square circle is inconceivable or a person can not be both A and non-A at the same time and in the same place; the law of non-contradiction.

Ironically, Nietzsche commits the same mistake he blames his predecessors for doing. While he affirms the multiplicity of perspectives, such as the slave morality from Christianity and the master morality from the Greco-Romans, he imposes his “Will to Power” philosophy as the highest ideal, the better way to overcome these inferior perspectives. He asserts, absolutely: “We must move beyond good and evil.” Thus, while affirming his objective stance on his will to power and simultaneously arguing no such truth exists, he contradicts himself.

As you are aware, his philosophy has been known as Nihilism because it believes in the rejection of all religious and moral principles; that nothing in the world has a real existence. The question I have for Nietzsche would be: “How do you know this for certainty?” How do you know there is no such thing as good or evil, but just a will to power?

It would seem to me, on the basis of extreme skepticism, you could never formulate any epistemological framework. Without knowledge, even asking these questions are itself meaningless. Thus, you would never derive at any sort of self-actualization of the will, which was Nietzsche’s hope in his eternal recurrence of events for the powerful overman: To see the entirety of what is as necessary for his own existence.

If you want to know my opinion, I think truth can be found in the God-Man Jesus Christ, who clearly revealed his plan for all of us. Truth is not found solely in an ideology, logic, or science, but also in a personal relationship with a Creator. Thanks again for your article. Have a good day.