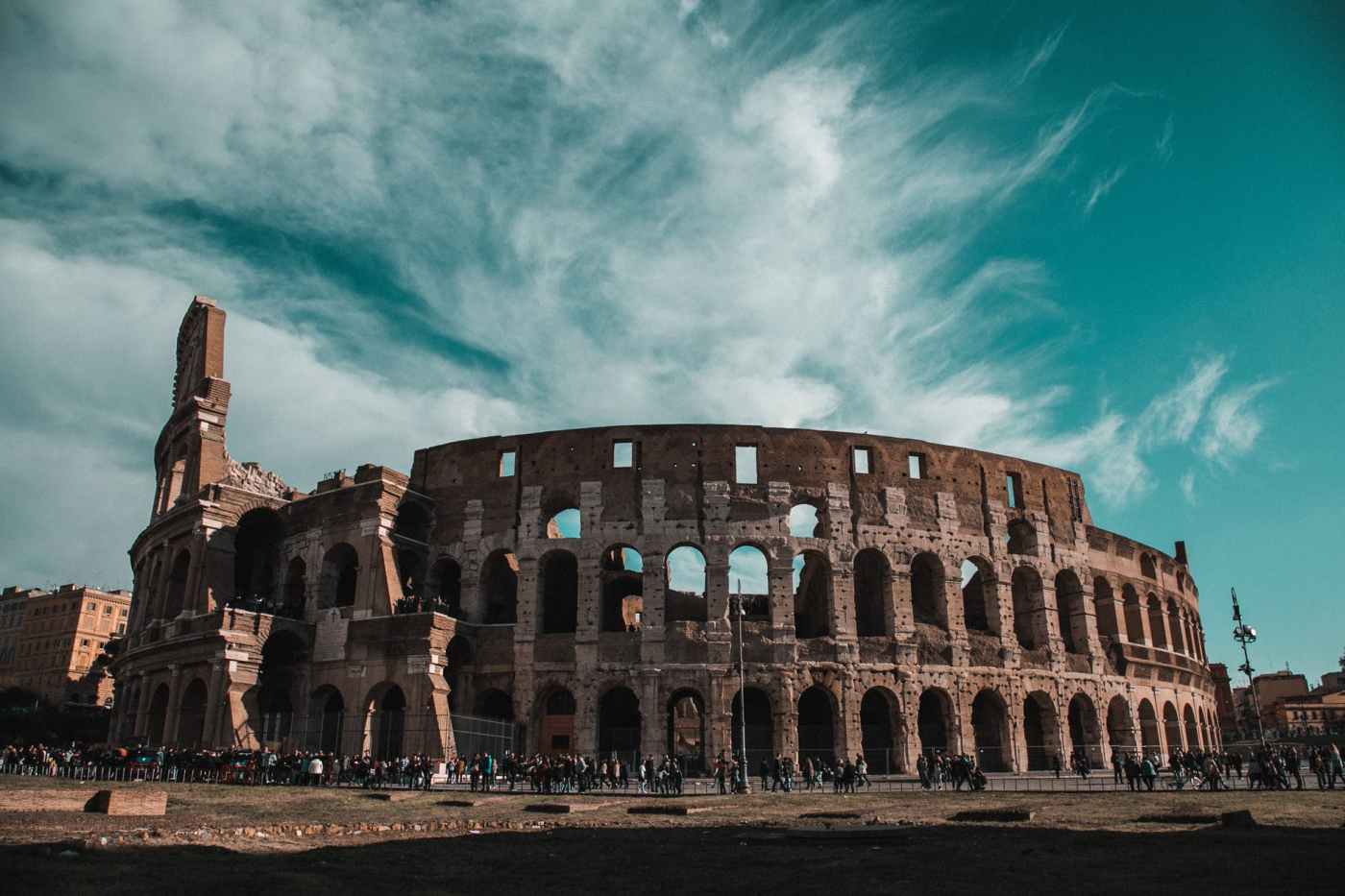 Brothers and sisters, my heart’s desire and prayer to God for the Israelites is that they may be saved. 2 For I can testify about them that they are zealous for God, but their zeal is not based on knowledge. 3 Since they did not know the righteousness of God and sought to establish their own, they did not submit to God’s righteousness.4 Christ is the culmination of the law so that there may be righteousness for everyone who believes.

The apostle Paul expresses a strong desire for the Israelites to accept Jesus as their Messiah. The reason he can testify that they have a zeal for God but not based on knowledge is because of his own background. Before coming to faith in Jesus, Paul “zealously” pursued Christians and persecuted them. ζῆλον is the Greek word for zealous and it literally means someone with a fiery passion. Paul was passionate just like his religious colleagues, but without proper knowledge.

Paul did not know the righteousness of God and sought to establish his own. He did not submit to Christ—who is the culmination of the law—until he was blinded by Jesus on the road to Damascus. When this occurred, Paul had a born-again moment and came to saving faith in Jesus. This is the hope the apostle Paul has for his own people; For he hopes they have a change of heart just like He did.

5 Moses writes this about the righteousness that is by the law: “The person who does these things will live by them.” 6 But the righteousness that is by faith says: “Do not say in your heart, ‘Who will ascend into heaven?’ (that is, to bring Christ down) 7 “or ‘Who will descend into the deep?’” (that is, to bring Christ up from the dead). 8 But what does it say? “The word is near you; it is in your mouth and in your heart,” that is, the message concerning faith that we proclaim: 9 If you declare with your mouth, “Jesus is Lord,” and believe in your heart that God raised him from the dead, you will be saved.10

The Apostle Paul quotes from Numbers and the book of Deuteronomy concerning the manna that came down from heaven during the time the Israelites were wandering in the desert for 40 years. In other words, this manna from heaven that kept the Israelites alive by God was a foreshadow of something much greater: “Jesus, who is the bread of life.”

Therefore, Paul is stating that when we believe, trust, and proclaim Jesus as Lord, we will be saved. For it was not the righteousness by the law people were saved. It was by their faith in God that brought salvation to their hearts. Ephesians 2:8-9 says this clearly: “For by grace we are saved through faith. It is a gift of God; not of works. Lest any man should boast.”

Furthermore, this idea of confessing with the mouth that Jesus is Lord demonstrates one’s willingness to obey God. The word for confess in the Greek is ὁμολογήσῃς, and it means to have a covenant of acknowledgment. A covenant is a promise between two parties. Therefore, when we confess to the world that Jesus is our Lord, we are declaring, in a contractual, acknowledging way, that we belong to Him. This is a serious, everlasting commitment.

For it is with your heart that you believe and are justified, and it is with your mouth that you profess your faith and are saved. 11 As Scripture says, “Anyone who believes in him will never be put to shame.” 12 For there is no difference between Jew and Gentile—the same Lord is Lord of all and richly blesses all who call on him, 13 for, “Everyone who calls on the name of the Lord will be saved.”

Paul stresses this idea of faith and belief with justification. Our profession of faith is a mark of being justified. When we accept the atoning sacrifice of Jesus in our hearts by faith, we are saved. Scripture also reassures us that anyone who believes in God will never be put to shame. This is because God promises to protect those who acknowledge him. For whoever acknowledges Jesus here on the earth will be acknowledged to God in heaven, but whoever rejects the Son will be rejected in heaven (Matthew 10:32).

For there is no difference between Jew and Gentile. The Greek word for difference is διαστολὴ, and it highlights this notion of having no distinction, difference, or separation. For all are now one in Christ (Gal. 3:28). Furthermore, Scripture reveals that God is not Lord over one particular tribe or nation; He is Lord of all people. He is the King over every tribe, tongue, and nation. For whoever calls on Him will be saved.

While God is sovereign over all events and circumstances, He works through creation to fulfill his intended goal or will. For instance, He doesn’t have to use people to share the gospel. He could simply shout to the entire world: “I exist. Obey me.” However, this is not how God’s sovereignty converges with human responsibility. Believers have the privilege and divine opportunity to preach the gospel to the entire world. Furthermore, God respects people’s free will choice to either accept or reject Him—He will in no way coerce people into following Him.

I love the meaning of the word preaching. The Greek term κηρύσσοντος  means one who heralds or proclaims news, especially of divine origin. Therefore, preaching is not quiet. It’s powerful, elegant, and meant to be voiced loudly into society. For how can anyone hear without someone preaching to them? Exactly. As Christians, our responsibilities include evangelizing to the lost and discipling them to become committed followers of God. This is not a passive approach; sharing the gospel is very much an active process.

16 But not all the Israelites accepted the good news. For Isaiah says, “Lord, who has believed our message?” 17 Consequently, faith comes from hearing the message, and the message is heard through the word about Christ. 18 But I ask: Did they not hear? Of course they did: Their voice has gone into all the earth, their words to the end of the world (Romans 10:16-18).

Unfortunately, not everyone accepts the good news. The Israelites, God’s chosen people, rejected their own messiah. The Gentiles, who were grafted in as adopted sons and daughters, were more eager to listen and accept the gospel of Christ than the Jewish nation during that time. However, in Chapter 11, we will be discussing how “All Israel will be saved” as an eschatological sign for when Jesus returns. Eventually, God’s natural branches, the Jews, will repent and trust in their true Messiah, Yeshua (Jesus). This is good news.

The Apostle Paul also articulates how unbelievers will hear the message of faith and the gospel of reconciliation, but still reject it. Not everyone desires to have a covenant relationship with their Creator. People love their sin more than God. Some desire to become their own god rather than submit to the true God. Once again, the Lord has given people free will and will not coerce them to obey. Those who reject God will have to reap the consequences of their actions.

“Their voice has gone out into all the earth, their words to the ends of the world.” Again I ask: Did Israel not understand? First, Moses says, I will make you envious by those who are not a nation; I will make you angry by a nation that has no understanding. And Isaiah boldly says, I was found by those who did not seek me; I revealed myself to those who did not ask for me. But concerning Israel he says, “All day long I have held out my hands to a disobedient and obstinate people.”

The Apostle Paul continues to bring up this tension between God and Israel. He uses Moses as an example to indicate how other nations will reap the blessings from God and they will become envious. As Isaiah said: “God was found by those who did not seek me; God revealed himself to those who did not ask for me.”

God continued to stretch out his hands to His own people. He tried everything He could to bless, love, and encourage them to follow Him. However, they became disobedient and obstinate. This is why the Lord revealed Himself to the Gentiles. In other words, if the natural branches did not want to experience the blessings of God, then God will graft in unnatural branches into the tree of life.

The Greek word for holding out his hands is ἐξεπέτασα. It can mean to extend, expand, fly out, and stretch towards. I believe Paul is giving us a picture of a loving Father stretching out His hand to disobedient children. He is trying to do everything He can to impart grace, forgiveness, and mercy. And yet, there is this rebellion that is fracturing the relationship so much that God reaches out to the Gentiles instead.

In chapter 11, the Apostle Paul will explain why there was this rebellion and how there are still a remnant of Israel preserved for God in the last days. He will pour out his blessing on the nation of Israel—and many will come to saving faith in Jesus their Messiah. Furthermore, Paul uses the analogy of an olive branch to discuss the natural vs unnatural branches grafted into the tree of life. The Apostle Paul will conclude with a doxology of God’s wisdom and power.

All Scripture was translated from the New International Version.

Commentary by Chad A. Damitz (M.Div)