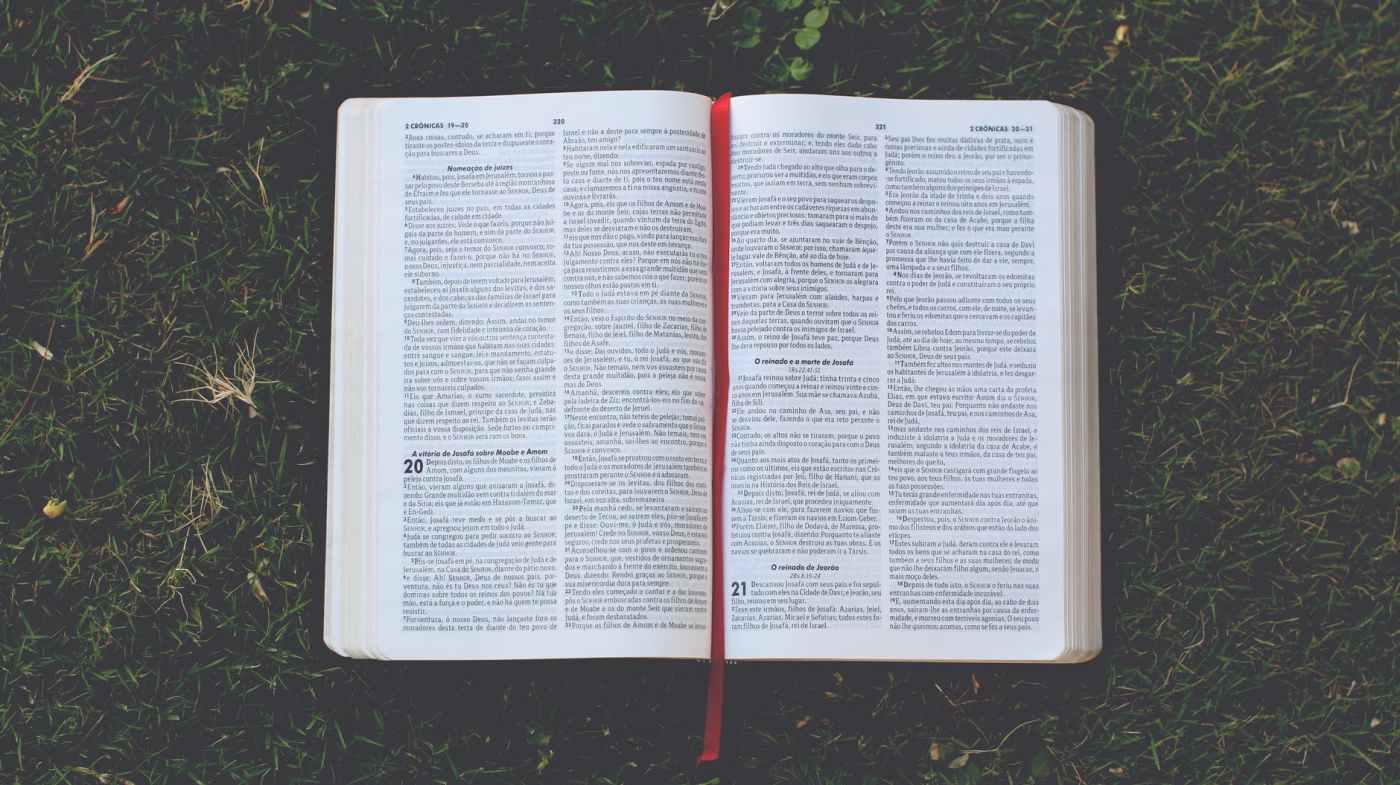 Come now, you rich, weep and howl for your miseries that are coming on you. 2 Your riches are corrupted and your garments are moth-eaten. 3 Your gold and your silver are corroded, and their corrosion will be for a testimony against you and will eat your flesh like fire. You have laid up your treasure in the last days (James 5:1-3, WEB).

Clearly, the Lord’s brother—James, is rebuking the rich who have boasted in their wealth. He is judging them for storing up their treasures here on the earth rather than in heaven. He is charging them with idolatry and sin. Consequently, he tells them to weep and wail for the coming judgment.

This coming judgment will testify against the rich. Their gold and silver will corrode—-they will become useless to save them from the wrath of God. James gets very expressive here, saying that their own belongings the rich have heaped upon themselves will consume them like fire. It’s as if the idol they continually served and trusted in became a traitor at the end. How sad it is to trust in wealth. It’s a false god.

4 Behold, the wages of the laborers who mowed your fields, which you have kept back by fraud, cry out, and the cries of those who reaped have entered into the ears of the Lord of Armies.5 You have lived in luxury on the earth, and taken your pleasure. You have nourished your hearts as in a day of slaughter. 6 You have condemned and you have murdered the righteous one. He doesn’t resist you.

The apostle James continues to indict the affluent about how they take advantage of their workers. He tells them that the wages that should have been given to the workers mowing their fields are crying out for justice. Their frustration of injustice is being echoed across the land. Scripture states these unfair labor practices have reached the ears of the almighty God. The same is true today.

This scolding letter continues on. The writer expresses how the wealthy have lived on earth in luxury and self-indulgence. The god they serve is their belly. The prosperous have fattened themselves for the day of judgment. He continues to indict them for an even more heinous crime—murder. As we can see from this passage, James is passionate about justice and abhors those who use their wealth and power to take advantage of the weak and powerless.

James states earlier in the epistle that a pure and undefiled religion is to visit the widows and orphans in distress because they need care and attention. Christianity teaches us to carry out this type of unconditional service towards others, and not to be greedy or corrupt. When believers help the outcast and feeble, they are imitating the pure attributes of God.

7 Be patient therefore, brothers, until the coming of the Lord. Behold, the farmer waits for the precious fruit of the earth, being patient over it, until it receives the early and late rain. 8 You also be patient. Establish your hearts, for the coming of the Lord is at hand. 9 Don’t grumble, brothers, against one another, so that you won’t be judged. Behold, the judge stands at the door.

Patience is the key in this passage. The writer informs us to be forbearing until the Lord’s return. He uses the analogy of a farmer waiting for his land to yield valuable crop during the autumn and spring rains. Similarly, we ought to be long-suffering and prepared for when Christ returns to judge the living and the dead. For we will all stand before the judgment seat of Christ—so be prepared to give an account for every thought and deed done in the flesh.

Moreover, while we wait patiently, let us not be tempted to get frustrated or complain. Grumbling against one another will be of benefit to no one. If we fall into this trap, we will be judged. For the Judge is standing at the door; The Lord’s return is closer than we presume. He will come like a thief in the night. Thus, let’s be prepared as a bride adorned before her husband.

10 Take, brothers, for an example of suffering and of perseverance, the prophets who spoke in the name of the Lord. 11 Behold, we call them blessed who endured. You have heard of the perseverance of Job, and have seen the Lord in the outcome, and how the Lord is full of compassion and mercy.

Referring back to the prophets and the book of Job shows the continuity between the Old and the New Testaments. From Genesis to Revelation, the Bible is a cohesive narrative. This is an important concept because some theologians falsely teach the new testament is all that matters now—simply not true.

As James stated in the beginning of his letter, trials produce perseverance. When perseverance is fully mature, it leads to a deeper faith in the Lord. This type of perseverance is a reflection of the goodness and mercy of God. As this passage indicates: The Lord is full of compassion and mercy. He is not willing that anyone perish, but all to come to repentance and faith. Believe me, God has been very patient with His creation.

This is an interesting verse and doesn’t seem to fit in with what James has been discussing. He was just talking about being faithful to God in the midst of suffering and will be concluding this chapter on the prayer of faith. So then, why does James discuss this idea of not swearing by heaven, earth, or anything else?

When James states that one should not swear, he is not talking about using filthy language. Nor is he writing about using the Lord’s name in vain. Instead, James is speaking about a practice that was common in this era—taking an oath to persuade someone that you were either telling the truth or making a promise.

James makes a big deal out of this—considering he proclaims, “Above all,” do not swear. All you need to say is a simple yes or no. Otherwise, the Lord may condemn you. These are wise words for us today. Heed to God’s word and do not promise an oath to someone because you may break it and therefore be condemned.

13 Is any among you suffering? Let him pray. Is any cheerful? Let him sing praises. 14 Is any among you sick? Let him call for the elders of the assembly, and let them pray over him, anointing him with oil in the name of the Lord, 15 and the prayer of faith will heal him who is sick, and the Lord will raise him up. If he has committed sins, he will be forgiven. 16 Confess your offenses to one another, and pray for one another, that you may be healed. The insistent prayer of a righteous person is powerfully effective.

The community of faith is integral to our overall health. When we are emotionally in trouble, there are brothers and sisters in Christ who will pray for us. If we are feeling depressed, singing songs of praise can lift up our spirits. God can also do miraculous healing with physical illness. By calling on the elders of the church to pray and ask for an anointing from the Holy Spirit, people can overcome their infirmities. At the same time, it is wise to seek medical advice from a healthcare professional.

Moreover, the church is a place of restoration. If someone has sinned, they will be forgiven. The Bible tells us that if we confess our sins, God is faithful and just to forgive us of our sins and cleanse us from all unrighteousness. And finally, the prayer of a righteous person is powerful and effective. Praise be to God for His intervention in our lives.

17 Elijah was a man with a nature like ours, and he prayed earnestly that it might not rain, and it didn’t rain on the earth for three years and six months. 18 He prayed again, and the sky gave rain, and the earth produced its fruit.

Without God, it would be impossible for rain to stop for three and a half years. However, because of Elijah’s commitment to serving the one who brings the rain, the Lord Almighty, He was able to prevent rain on land for this long. This miracle demonstrates that Elijah was not some supernatural being, but a human just like you and I—but in tune with a mighty God.

Elijah is an example of why we need heroes of the faith. It helps build confidence that if other humans that are like us can perform miracles, so can we. The key is to have a solid relationship with the Lord. And if we have faith as small as a mustard seed, we can move mountains. Do you believe this?

19 Brothers, if any among you wanders from the truth and someone turns him back, 20 let him know that he who turns a sinner from the error of his way will save a soul from death and will cover a multitude of sins.

Finally, James concludes with the importance of rebuking a believer in love. When we warn someone who is being led astray by the deceitfulness of sin, and they are able to turn back to the Lord, their lives are spared. As the apostle simply stated that whoever turns a sinner from the error of their way will save them from death and cover over a multitude of sins.

As believers, we are called to pray, counsel, exhort, lead, and even rebuke in order to keep people on the narrow road that leads to life. It’s a loving and gracious act to speak up when a brother or sister is being tempted into sin. Let’s all continue to persevere, singing praises from this day forward and into eternity. Amen.

I am so thankful for the World English Bible Translation. This is their mission statement: “The Holy Bible is God’s Word. It belongs to God. He gave it to us freely, and we who have worked on this translation freely give it to you by dedicating it to the Public Domain.”