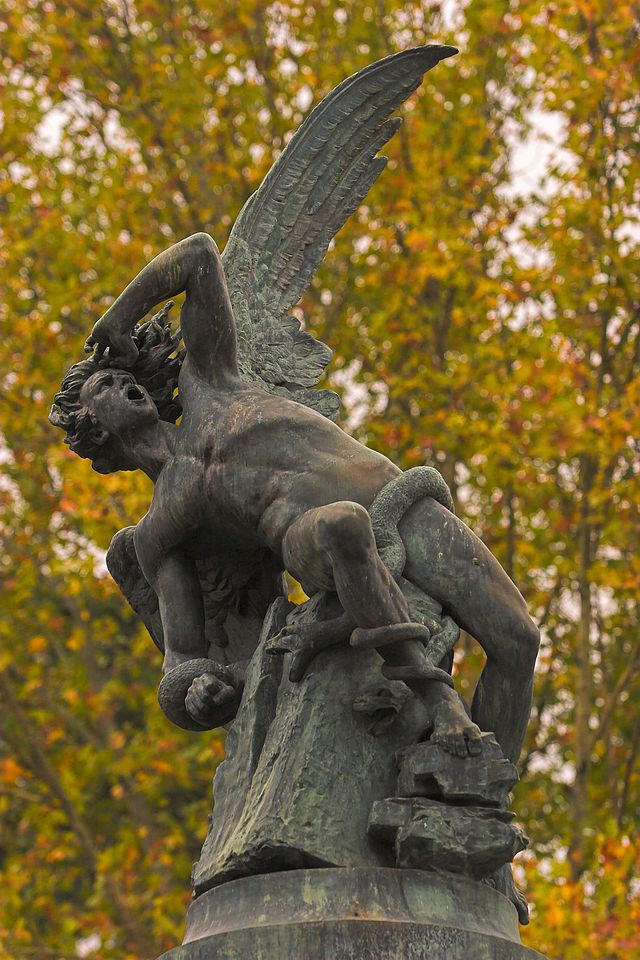 God originally created all things good (Gen. 1:31), but somewhere between the beginning of the world and the fall of man (Gen. 3), sin entered into the world. Where did this sin come from? It originated with that old Serpent, the devil.  He was once an angelic creature called Lucifer, until jealously raged in his heart, attempting to dethrone God. The bible speaks of this in Ezekiel 28:14

You were in Eden, the garden of God; Every precious stone was your covering: The ruby, the topaz and the diamond; The beryl, the onyx and the jasper; The lapis lazuli, the turquoise and the emerald; And the gold, the workmanship of your settings and sockets, Was in you. On the day that you were created They were prepared. “You were the anointed cherub who covers, and I played you there. You were on the holy mountain of God; You walked in the midst of the stones of fire. “You were blameless in your ways from the day you were created until unrighteousness was found in you.…”

Once unrighteousness was found in Lucifer, he was cast out of heaven and placed in the garden of Eden, where he tempted Eve to eat the tree of the knowledge of good and evil. When sin entered through the human race by Adam (Rom. 5:14), all of us were affected, but original sin didn’t come from us. It came from Satan.

They were once angelic creatures with moral judgment and high intelligence, but they followed Satan–the anointed cherub, to their doom. Demons are evil angels who sinned against God and now ferociously work to bring defamation to God and His people. They connive to ruin God’s plan. Their methodology includes lying, cheating, hating, and slandering to hinder the truth of the gospel (2 Cor. 4:4; Gal. 4:8).

The good news is that Satan and demons are strictly limited by God’s authority. For instance, Satan had to ask permission from God before he could inflict any pain on Job’s family. When Jesus drove out the impure spirits throughout the gospels (Mk. 1:21-27), they were completely submissive, pleaded for mercy, and even cried out his proper title–The Son of God. That’s why the Bible informs us not to be afraid of limited creatures, but the one who has the power and authority to cast people into Hell, and that is Jesus Christ.

Throughout history, the people of Israel were confronted with false gods and demonic forces (Ps. 106:35-37). Worship involved wicked and self-destructive practices that were an abomination–cult prostitution, murder, and the magical arts (Deut. 23:17; 1 Kgs. 14:24; Hos. 4:14). In the New Testament, Jesus casted out demons. His Apostles after him had this same power too (Acts 8:7; James 4:7; 1 Pet. 5:8-9). In the future millennial reign, the activity of Satan and demons will be restricted by King Jesus (Rev. 20:1-3) until the thousand years are up. Finally, Satan and his demons will be destroyed in the lake of fire (Rev. 20:10). Christians will rejoice because evil will ultimately be vanquished and good will triumph forevermore.